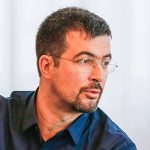 The news on Wednesday that a parking bay had been snatched in Hong Kong for the modest amount of HK$7.6 million had me gaping at the newspaper for a few seconds. That went beyond cognitive dissonance: It was bewilderment mixed with incomprehension and a sudden surge of indignation. How on earth could someone pay more than HK$600,000 per square meter to park a car in a spot of roughly 12.5 square meters of bare concrete? This is three times the median price of a flat in Hong Kong, whereas the median price of a flat is in itself 21 times the median salary!
We are talking about parking a car here! Sure, the parking lot is situated in the very heart of the city, in a building aptly named The Center, which served as the main decor for Batman: The Dark Knight. The building was up to last year the property of Asia’s richest man, Li Ka-shing, before being sold to a group of tycoons including the richest lady in Hong Kong, Pollyanna Chu, and the owner of the parking bay that was just sold, Johnny Cheung. But then, the same amount of money would buy a nice 80 square meters flat in Paris, and even a 55 square meters 2-bedroom cozy retreat next to the iconic Jardin du Luxembourg, one of the most expensive area in the French capital city, or even 500 square feet in downtown Manhattan in New York City.
Yet, at the same time, we are being told that because of the protests, landlords “are getting desperate in their attempts to attract tenants” in their offices of Central Hong Kong, so much so that they are offering symbolic rents of HK$1 for the first three months of occupation! Some are even agreeing to leases starting after Chinese New Year, that is four months away!
Are we talking about the same landlords and real estate developers who stand accused by Beijing of being vastly responsible for the political turmoil that has engulfed the city for the past four months? Aren’t these the same people who keep the best economic opportunities to themselves and make it impossible for the younger generation to “own” a flat? And wasn’t the diagnostic confirmed by Carrie Lam when she announced in her policy address last week that credit would be made more easily accessible to Hongkongers and that 700 hectares of land would be seized to help build new housing programs addressing the current shortage?
Interestingly enough, the announcement made by Mrs Lam boosted the shares’ value of property developers. And then, the land that is going to be “seized” had been purchased as cheap farmland by developers and will be paid at current market price by the government, allowing them to make comfy profits. It is also estimated that the four biggest developers alone in Hong Kong — Sun Hung Kai, Henderson Land, New World and Cheung Kong — sit on more than double the floor area of agricultural land that will be “taken” back by the government. Moreover, past governments bear the main responsibility of the shortage of land supply that led to a shortage of housing land and the dramatic drop in housing completion after 2003/2004, in the wake of the SARS crisis. For a decade, starting in 2006, the completion of housing, whether public or private, was more than halved compared to the previous ten years!
Because they make up a significant portion of the 1,200 people who elect the Chief Executive, it is thus clear that any measure taken by the government will give the developers the advantage over ordinary citizens. Should we then be surprised when people declare that they are far more dissatisfied with the political environment (more than 80%) than they are disgruntled by the present economic situation (less than 40%)?
At the end of the day, it makes the demand of true universal suffrage for returning both the Chief Executive and the legislators a very legitimate one if the intent is indeed for the government to be less dependent on a small coterie of ever more profiteering landlords.