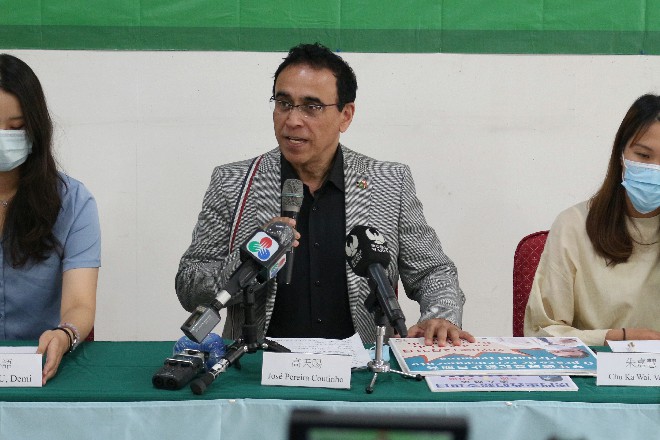 José Pereira Coutinho claims several of the region’s laws require urgent revision, beginning with the Consumer Protection Law. The lawmaker made this argument during an evaluation of the work of the Legislative Assembly (AL) for the past legislative year.
According to the directly-elected lawmaker, the Consumer Protection Law, as well as the Government’s procurement of goods and services law, require urgent revisions.
Revisions are also needed for other laws and regulations, including the Regime of incompatibility of public office, Consultation to the amendments of Gaming Law, the regime of militarized forces personnel, and the career regime of civil servants.
On top of the priority list seems to be the Consumer Protection Law, which Pereira Coutinho says is not compatible with a modern and international city.
“The Consumer Protection Law is one of the most important laws in Macau. We hope that the AL can quickly conclude its discussion [at the Standing Committee before reaching the final reading] so it can be scheduled [for] the plenary session where it can be discussed and approved so we can finally have at least a law that protects consumers rights in Macau, that we are missing so much here,” the lawmaker said.
Addressing the topic of the Government’s procurement of goods and services law, Pereira Coutinho said, “This is another law that we need urgently as we don’t have this law in Macau and that is why we [aid] the irresponsible overspending that can be seen everywhere,” adding, “In the last five years in the area of procurement of goods and services, [the government] spent around 10 billion patacas, with a large majority of these acquisitions not even disclosed to the public.”
Statistics cited by the lawmaker show that only 8% of all the procurement of goods and services made by the government are disclosed to the public, a fact that represents a very small portion of the public contracts made by all the government departments and bureaus, which skip public scrutiny.
“We need a public contracts portal and a law that manages the contracts so we can avoid collusion, lack of transparency, and corruption,” he concluded.
When questioned by the media on the topic, the lawmaker also added that another of the laws that is urgent to review is the labor law.
He noted that this is especially relevant regarding the dismissal of workers without cause and the non-payment of compensation to workers performing overnight work and shift work.
As he mentioned, such topics are mostly related to the casino concessions and the government should address them before tendering the new gaming concessions, which are due to be issued by 2022.