Lawmaker urges relaxation of border restrictions for some foreigners 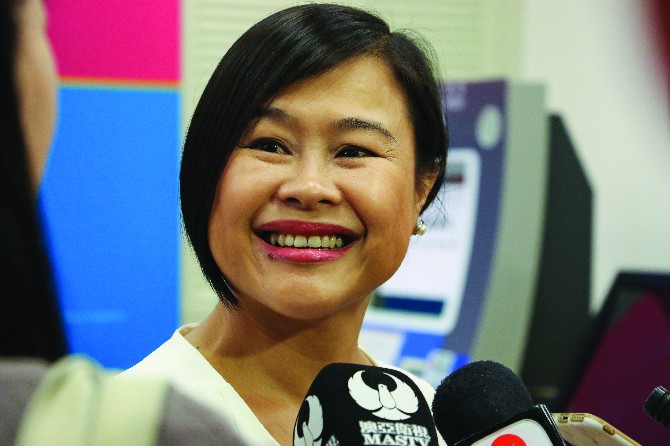 Lawmaker Agnes Lam has urged the Macau SAR government to lift immigration restrictions for specific groups of foreign nationals.
Recently, Lam wrote to the government to request that they consider allowing foreign nationals who are relatives of Macau residents to return to Macau for family reunions.
In her interpellation to the government, Lam said that she received several requests for help regarding the aforementioned issue.
According to Lam, she has received requests to help with various situations such as the case of a foreign man who was separated from his son and wife since the Covid-19 outbreak, or families who have been outside of Macau because their children were born in a foreign country and have not been allowed to enter the city.
Currently, Macau is still banning foreign nationals from entering the city. The measure has been in effect since March, when the SAR government refused to let all foreign nationals return to the city, irrespective of their residential status in the city. The policy left many foreign students and workers unable to return to their positions.
Appealing to the government, Lam hopes the authority can adopt special policies for these foreign nationals. The lawmaker proposed to allow foreign nationals to enter Macau, under the reasons of urgency, humanity, family reunion and others, if these individuals are willing to undergo medical quarantine.
Lam hopes the government can consider each entry request based on the individual’s staying records instead of their nationality.
She also asked the authority whether it will specifically consider opening one border checkpoint for foreign nationals who have been in mainland China during the past few months and who meet Macau’s entry requirements, particularly after a period of implementing entry policies for mainland visitors.