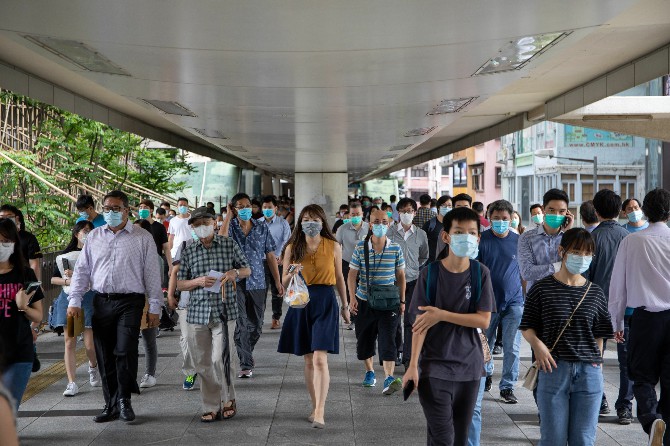 A set of stringent infection control rules has been implemented at all border crossing checkpoints for the Macau SAR, as the city remains vigilant following a third wave of Covid-19 cases in Hong Kong.
The government said in a statement that it is assessing the potential risk this might pose to the city.
Macau also warned that it needs to re-evaluate its travel bubble plan with the region, and that it would review its guidelines and protocols for quarantine exemptions.
The travel bubble was supposed to facilitate the movement of people between Macau, Hong Kong and Guangdong without such people having to undergo a 14-day quarantine.
However, just yesterday, the HKSAR recorded 34 new local cases, following several other days of mounting infections. Authorities mentioned that the latest infections were tied to people not wearing masks at work or in public areas.
Some cases were associated with schools.
The resurgence in the Asian hub comes after weeks of normalized activity as people returned to work and restaurants filled up again, raising the specter of a reversion to social distancing.
According to Bloomberg, the number of new local infections that can’t be traced suggest that hidden chains of transmission have been circulating in the city for some time as restaurants, bars and malls filled up and the population’s discipline on mask-wearing slipped.
Already the Hong Kong government is set to tighten social distancing measures again from tomorrow.
The city will go back to its initial social distancing rules where restaurants can only operate at 60% of capacity and seat just eight people per table. Groups visiting gyms, party rooms and karaoke lounges are limited to a maximum of eight.
People arriving in Macau from Hong Kong will still be required to undergo immediate 14-day medical observation periods.
The number of people travelling between Macau and Hong Kong has remained at a relatively low level during the Covid-19 pandemic.
The Macau government has advised the public to continue to implement existing infection control measures in order to prevent an outbreak of disease either in schools or the general community.
Earlier this month, Hong Kong extended its 14-day mandatory quarantine requirements for entrants from Macau, mainland China and Taiwan once more. The requirement will be in place until at least August 7. 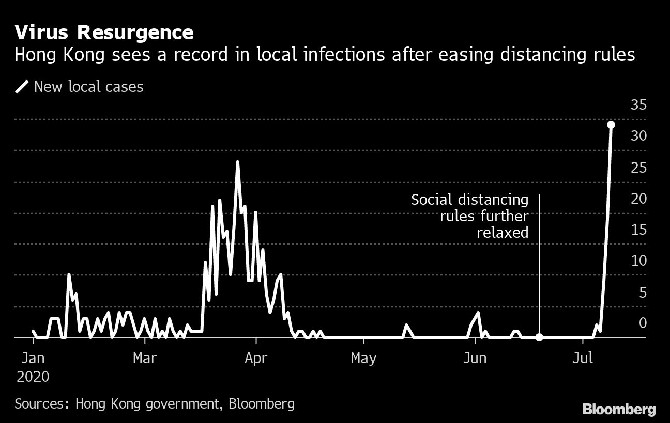