MGM Resorts to lay off 18,000 US workers amid slow casino comeback 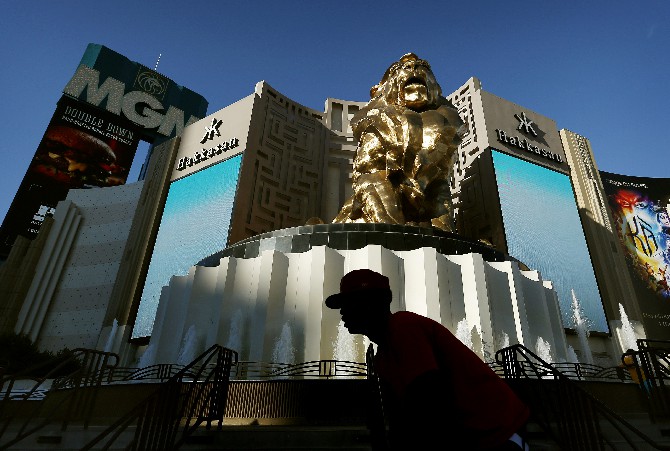 MGM Resorts is laying off 18,000 people as an unchecked pandemic leaves economic scars across a broad swath of U.S. industries, particularly those that rely on healthy crowds of people.
The layoffs at MGM, which amount to about a quarter of its U.S staff of about 70,000, caps a wave of job cuts and buyouts this week across a broad array of industries.
The cuts, while centered in Las Vegas, are happening across the U.S., the company said on Friday. The layoffs are not expected to involve the Macau arm of the operator, MGM China, which operates two integrated resorts in the Special Administrative Region and employs more than 11,000 people.
MGM, the largest operator of casinos on the Las Vegas Strip, has been struggling to fill its rooms and casinos since Nevada began reopening in early June. Two of the company’s casinos, the Park MGM in Las Vegas and Empire City in New York, remain closed.
“While we have safely resumed operations at many of our properties and have returned tens of thousands of our colleagues to work, our industry – and country – continues to be impacted by the pandemic, and we have not returned to full operating capacity,” Chief Executive Officer Bill Hornbuckle said in a memo to staff.
The company will continue to pay health-care benefits through the end of September and anyone recalled to work by December 2021 will maintain their seniority, he said. MGM employed about 70,000 full- and part-time workers at the end of last year.
Economists warn that sizable layoffs will continue and any recovery is likely to falter as long as the virus rages and Congress doesn’t come up with additional financial aid for the unemployed, as well as desperate state and local governments.
“We think recovery in the job market will be slow,” Nancy Vanden Houten, lead economist at Oxford Economics said. “Ultimately, the recovery in the economy and the job market will depend on a medical solution to the coronavirus. In the near term, we think the lack of further federal support poses serious downside risks to the outlook.’’ MDT/Agencies