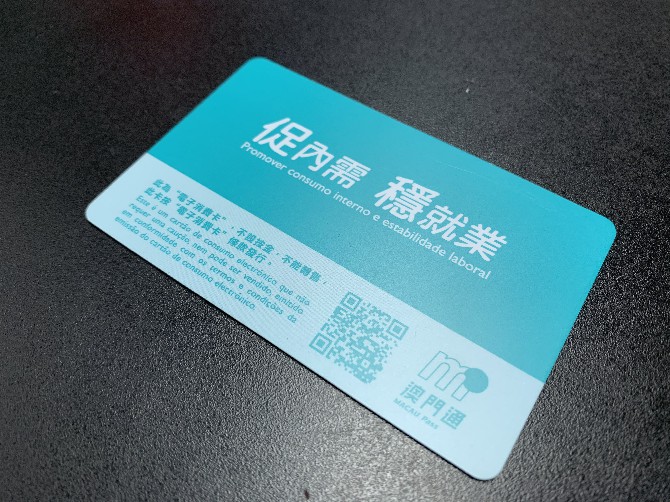 The current round of Macau’s Consumption Subsidy Scheme has injected MOP790 million into the market in its first 20 days of operation, the government announced in a statement.
Also known as the e-voucher, the scheme was initiated by the government as part of its approximately MOP15 billion economic revival plan in response to the Covid-19 pandemic. This is the second round of the scheme.
The current round runs from August until December, lasting for a total of five months. Every registered resident has a spending allowance of MOP5,000.
As of August 20, 610,000 cards have been topped up, which accounts for 98% of all cards issued in the first round that ended in July. Adding the 19,000 new cards issued in the second round, more than 630,000 residents have collected their cards.
Some 7.7 million transactions have been recorded during these 20 days. The catering industry was deemed the most popular, with about 23% of transactions relating to this sector. Small eateries like cha chaan teng as well as congee and noodle shops had the highest usage in terms of quantity and value of transactions. Nearly a quarter of all the value of transactions related to supermarkets.
From September 1, the consumption card can only be collected or topped up at a few select locations. People applying for, renewing or changing their ID cards during the second round are eligible for the subsidy. AL