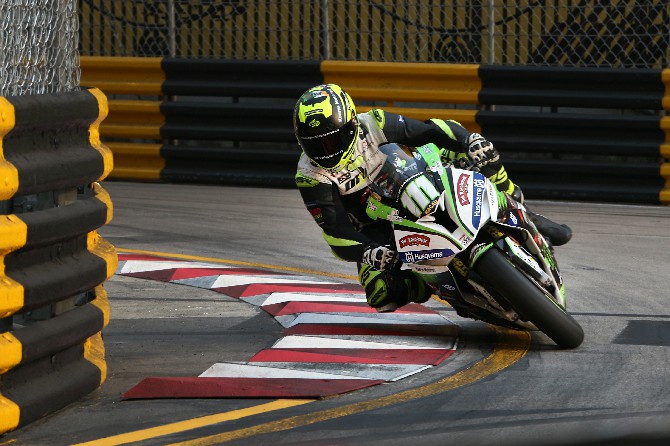 Former Superbike and Supersport champion Brian McCormack is ready to take on the 2020 Bennetts British Superbike Championship (BSB).
The Irish rider, who is often seen at the Macau Grand Prix motorcycle race, will have the continued support of Roadhouse Macau and will race with the brand-new Roadhouse Macau by ON1 Racing BMW team.
Originally postponed due to Covid-19, the 2020 BSB season will take place at Donington Park in central England this August with a triple-header racing program.
With the road racing championship, which McCormack usually participates in, ceasing this season, McCormack’s team is now gearing up for his return to BSB this year. The last time he raced in this competition was 2008.
Commenting on his return, McCormack said, “I’m both delighted and excited about this opportunity to get back on the BSB grid as it’s been 12 years since I raced there last and the quality of the field of riders is outstanding. With the team I have this year, the sponsors I have behind me and the group of people providing race support, we are going to enjoy it and put in a good effort.”
Roadhouse Macau by ON1 Racing BMW’s team manager, John Dunne, said, “This is such a great opportunity that has presented itself for Brian and the team. BSB is such a prestigious championship and the depth of field in the Superbike class is second to none really and I’m thrilled myself to be part of it.”
For Dunne, the expectations are high given the unprecedented conditions this year. He noted that they were preparing to “raise a few eyebrows.”
Besides McCormack, several well-known names from Macau’s Guia Circuit will also be on the field this year. These include 2017 winner Glenn Irwin and three-time Macau winner Peter Hickman, among others.
The 2020 BSB is composed of six rounds, each one comprising of three races. The event will run from early August to mid-October and the last three races will take place from October 16 to 18 at the historical Brands Hatch circuit.