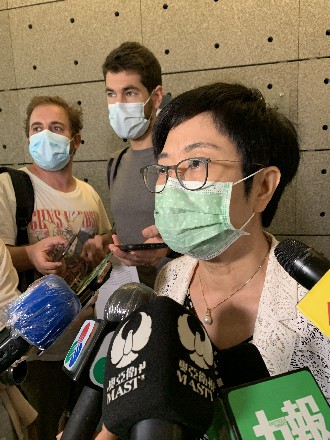 The Macau government has withdrawn its investments in the Macau New Technologies Incubator Centre as part of its public investment plan restructure, Sonia Chan, director of the Office for the Planning of Supervision of Public Assets in the Macau Special Administrative Region (GPSAP), disclosed yesterday.
The former Secretary for Administration and Justice added that the government is in the process of withdrawing its investment from another quasi-commercial entity, the name of which was not disclosed by the official.
Investment withdrawal is necessary, according to the public investment gatekeeper, when the government deems investment in certain public-commercial entities non-vital to their survival.
Besides withdrawing investments from a public-commercial entity, the government may even close down an entity when it is found to be redundant, even if it is fully-funded by the government. After such a closure, the business or area of operation will be transferred to a competent, existing government bureau or office. The evaluation of such redundancy or withdrawal of investments is done regularly, according to Chan.
Chan said that the work of the review will be swift.
However, she pointed out that the inauguration of some government-funded entities is not profit-oriented. In contrast, they were set up to ensure that public interests are attended to. These entities will likely be retained.
In addition, the office has previously disclosed that it would draft a legal framework to oversee government-invested entities and ensure they use public funds reasonably and suitably. The legal framework will provide the legal grounds to generally review the administration and efficiency of government-invested entities.
On this matter, Chan disclosed that her office is working on the first phase of the law drafting, which is the study stage. It is striving to finish the work by the end of this legislative term, which will end in summer next year. The draft will then be released for public consultation before being delivered to the Legislative Assembly for lawmaking process.
On the contrary, the current guideline overseeing government-funded companies requires such companies to update their information in certain areas, such as human resources and procurement, on a specific government web portal. However, telecom operator CTM and power supplier CEM have previously declined to do so.
Chan noted that the two companies have made partial disclosure and stressed that the guideline will have authority over them too.
Examples of government-
funded entities are Air Macau, the Macau International Airport Company Limited, the Macao Science Center and the Macao Light Rapid Transit Corporation, Limited.