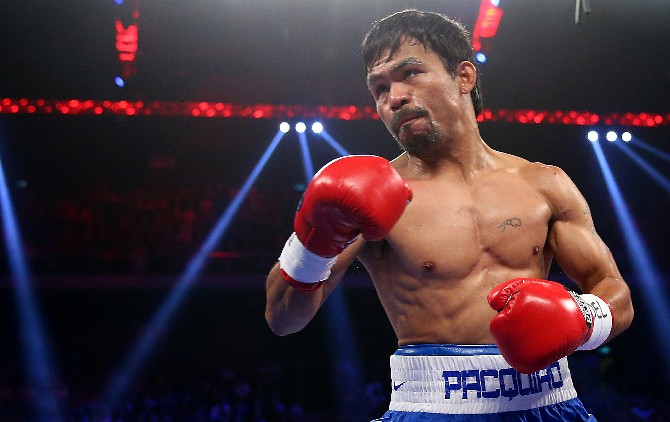 The Macau Sports Bureau told the Times yesterday that it is not aware of any plan to offer legendary Philippines boxer Manny Pacquiao a “lucrative exhibition match” deal in Macau, as the Manila Bulletin is reporting.
The Philippine media outlet cited an anonymous source who said that an unnamed group in the Macau SAR close to the government was planning to reach out to Pacquiao about an event before the end of the year.
It said that the group was aware of an earlier deal signed by Pacquiao that would “pit the fighting senator against a Japanese boxer in a three-round exhibition match in Papua New Guinea.”
“Manny Pacquiao already agreed and signed that contract last February. He was supposed to be paid $6 million for the exhibition match,” the unnamed source told the media outlet, before adding it had been scrapped after the pandemic broke out.
“The group initially wanted to stage a marquee card with Pacquiao as the main event, but it’s too costly. But when they learned that Pacquiao was willing to be part of an exhibition event, that made the group talk about preparing an offer,” the source said.
According to the Manila Bulletin, the Philippines’ largest English language newspaper, the group is reportedly linked with the Macau government. The newspaper said the aim is to develop sports in the region and the organizer sees a Pacquiao event as a potential kickstarter for this objective.
However, the Macau Sports Bureau told the Times that it is not aware of any upcoming event that has links with the boxing champion.
“The Sports Bureau is not aware of the mentioned boxing match involving Manny Pacquiao. In addition, the organization of boxing events is currently not part of the planning of the Sports Bureau for [the] year 2020.”
The Filipino icon fought twice in Macau in 2013 and 2014, beating Mexican-
American Brandon Rios in a regional title bout and defending his world welterweight crown against Chris Algieri respectively. DB/LV