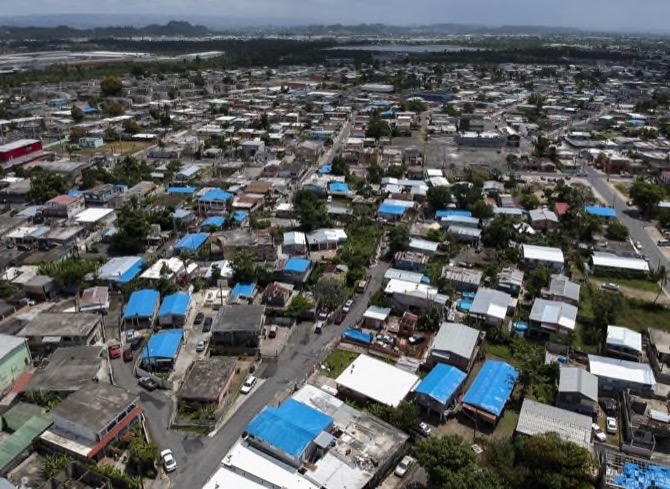 A battle over funding for Puerto Rico is complicating the path forward for a long-delayed disaster aid bill that’s a top political priority for some of President Donald Trump’s Republican allies as it heads to the Senate floor this week.

The measure has wide backing from both Democrats and Republicans and is perhaps most ardently backed by Trump loyalists such as David Perdue, R-Ga., and Thom Tillis, R-N.C., who face potentially difficult re-election fights next year.

The White House, however, isn’t pleased with the bill and is particularly opposed to efforts by Democrats to make hurricane relief to Puerto Rico more generous. Senate Republicans are supporting food aid to the devastated island and are working with top Democrats like Patrick Leahy of Vermont to try to speed passage of the measure by adding additional help for Puerto Rico.

The House passed a companion $14.2 billion version of the legislation in January, but it got tangled up in the politics of the partial government shutdown and Trump’s demands for a wall along the U.S.-Mexico border.

The measure is especially sought by lawmakers from southern states like Florida, Georgia and North Carolina, which were hit by hurricanes Michael and Florence last year. There’s money to respond to an earthquake in Alaska, California wildfires and floods in South Carolina, and for the ongoing recovery effort in Puerto Rico, which was devastated by back-to-back hurricanes in 2017.

And now there’s widespread flooding in Nebraska, Iowa and other Midwestern states.

In an official position paper in January, the White House said the House bill was far too generous, objecting to almost $6 billion worth of the measure. But it stopped short of an outright veto threat, and GOP aides say Trump has since told Perdue that he’d sign the Senate version of the bill, which mirrors the House plan in most respects.

For many lawmakers, passage is already overdue. Puerto Rico has already cut nutrition benefits by roughly 25 percent amid the funding crunch and Georgia lawmakers warn that their farmers need help in the run-up to planting season.

“We are past the time when this should have gotten done. I have spoken with the president many times about this. His commitment to our farmers is unwavering,” Perdue said last month.

Trump’s commitment to aid to storm-ravaged Puerto Rico is in question, however.

Last fall, Trump tweeted falsely that the government of Puerto Rico was using disaster aid funding to pay off its debt, and earlier this year Trump reportedly contemplated trying to shift some of Puerto Rico’s disaster aid to address disaster in the mainland U.S.

“These folks are living under the American flag,” said Rep. Jose Serrano, D-N.Y. “They should not be treated any differently than any other American citizen.”

The Puerto Rican vote is an increasingly potent vote in Florida, an essential state to Trump’s re-election bid. Freshman Sen. Rick Scott, R-Fla., a Trump ally, is a strong supporter of aid to the island. Andrew Taylor, Washington, AP